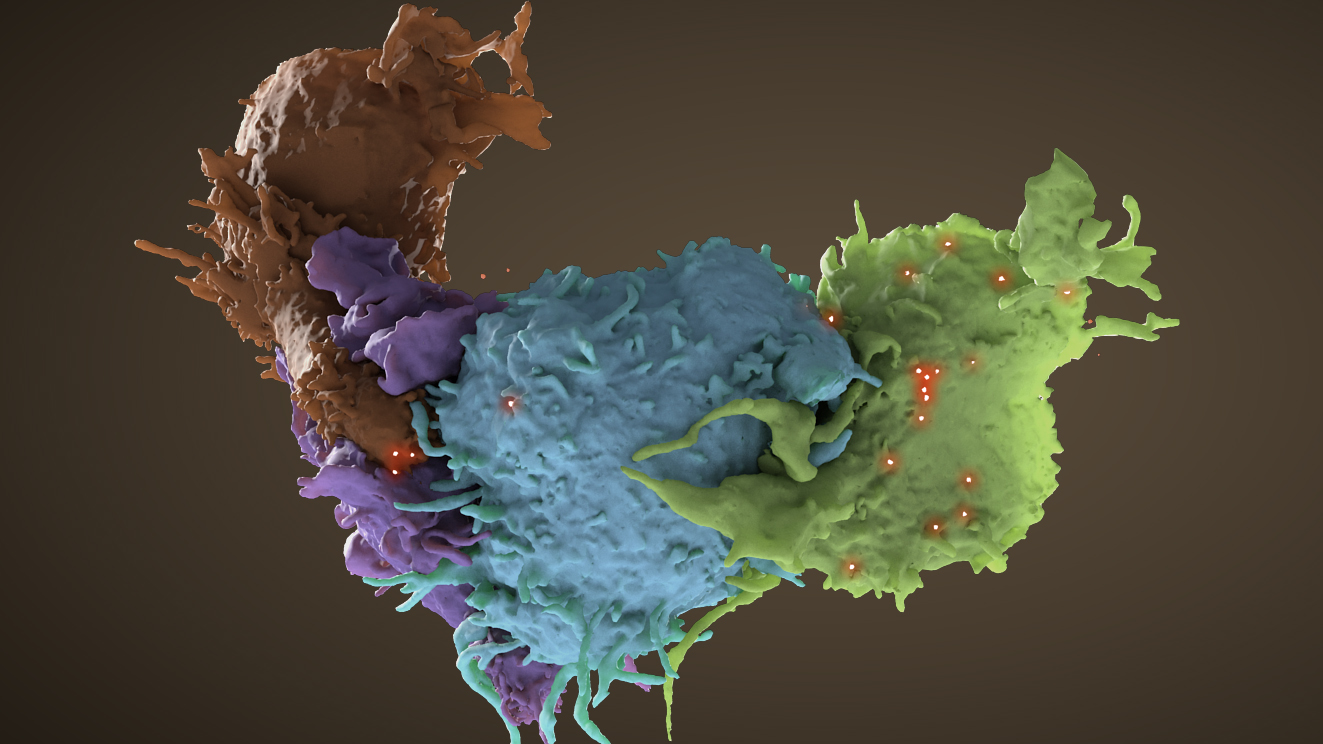 This post is dedicated to the memory of our colleague Gavin Murphy, the primary author of this study, who passed away July 4, 2017.

The human immunodeficiency virus (HIV) is the causative agent for AIDS (or Acquired Immune Deficiency Syndrome). The virus primarily infects CD4+ T cells, a class of immune cells critical for defense against a variety of pathogens, including HIV itself.

HIV uses the cell surface molecule CD4 to bind and invade T cells. Infected T cells then go on to produce the next “generation” of virus particles (virions), which can infect new cells. Infection by free-floating virions in tissues and blood (also called “cell-free” infection because there’s no actively infected cell present) is relatively slow and inefficient, requiring a high concentration of the virus.

But this cell-free infection process isn’t the only way – or even the primary way – that HIV encounters and infects potential target cells. As part of their immune surveillance activity, T cells like to interact with and form close contacts with other cells. When these close contacts form between a healthy T cell and an infected cell, such as another T cell already infected with HIV, the virus can travel directly from the surface of one cell to the other. Transfer of HIV from an infected to an uninfected cell is much more efficient at these sites, which are called “virological synapses”.

The image above shows a virological synapse between four T cells (the brown and purple cells are uninfected, while the blue and green cells are infected). HIV virions (the bright red dots) are clustered found at contact zones between the cells.