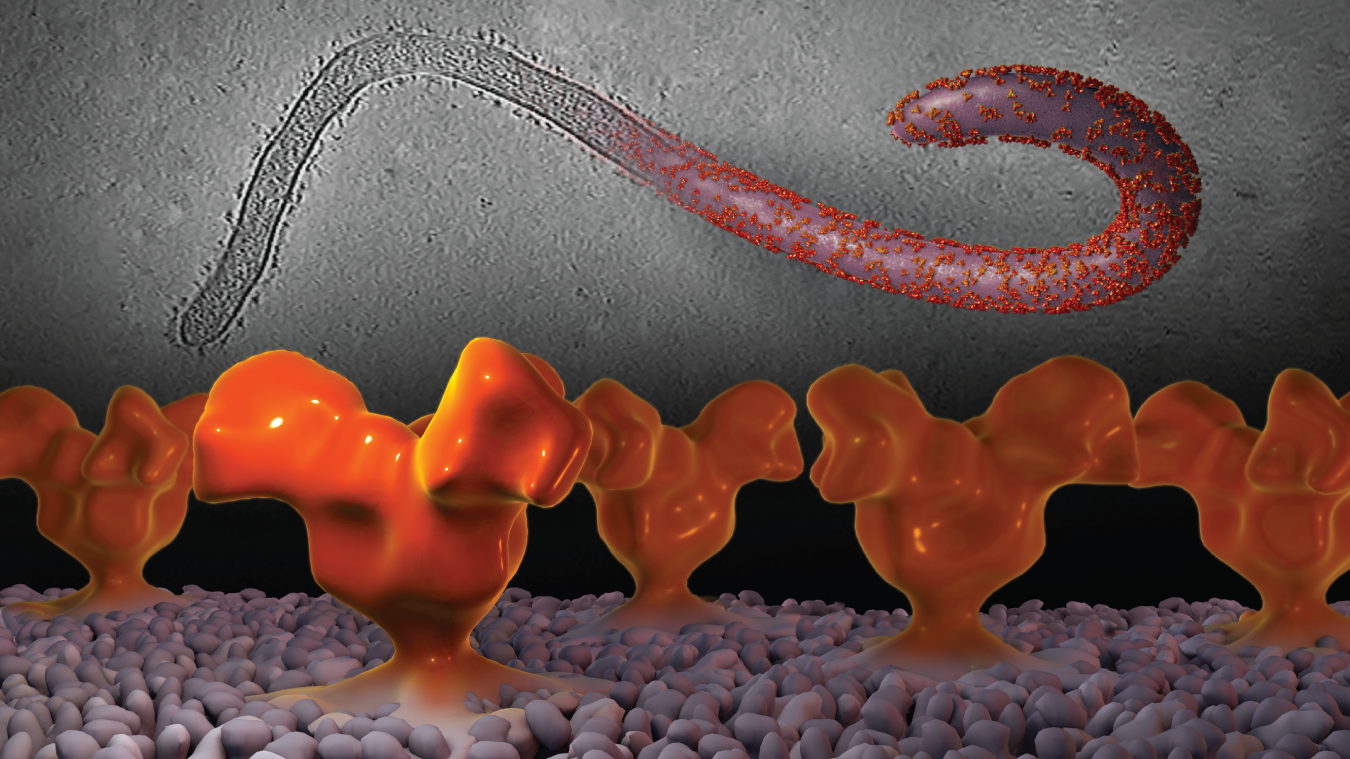 As with most viruses, the Ebola virus itself is very small – too small to be seen even in a high-powered light microscope. But when visualized in an electron microscope, the surface of the filament-shaped virus particle (also known as a virion) can be seen, studded with small proteins on its surface (upper right of the image above). It’s these proteins (shown in orange) that allow the virus to bind to and enter into cells, leading to infection.

To study the Ebola virus and the proteins on its surface, we used a of version cryo-electron tomography that we originally developed to study similar proteins in HIV. In this technique, single virions (upper left of the image above) are imaged at a variety of angles, leading to a 3D image of that virion. But then, to achieve higher resolution of the individual proteins (which are too tiny to see at great detail even by electron microscopy), the images of many of these proteins are averaged together.